The Venetian Old Harbor of Chania 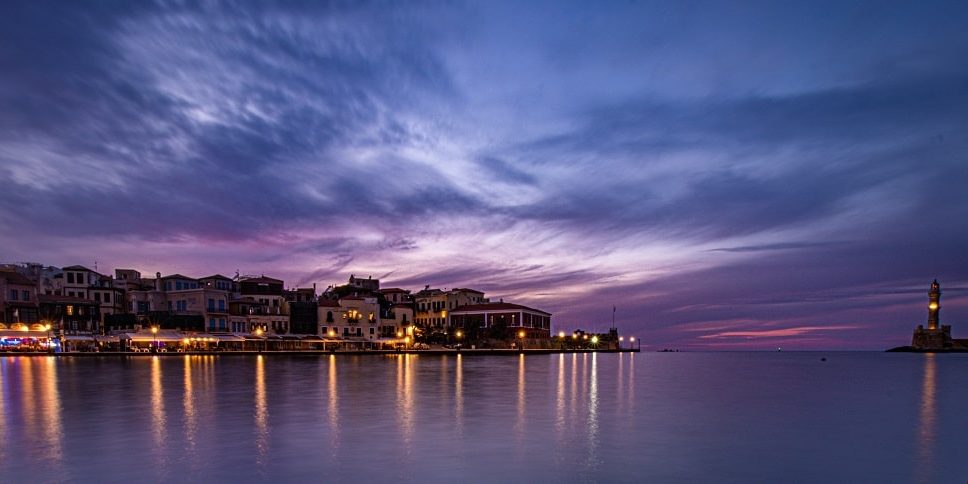 This charming medieval town was built by Venetians in 1320, during their occupation. It is situated on Crete island, which is the biggest island in Greece. The precise location of this town is the northwest coastal area of the Island, which is pretty busy during summer. Because this place was conquered several times by different countries and cultures, you can see the mixture of east and west in this area.

Venetian Old Harbour of Chania contains two basins: eastern and western. The western basin was for unloading goods, where all the warehouses were, and the eastern was designed to be for ship reparation.

There were twenty Arsenali buildings in the city, along with the Firkas Fortress at the end of the old town. In front of this place, there is a long mole, which protects the harbor from storms and natural disasters.

The history of this Cretan harbor dates thousands of years BC, as a city called Cydonia, which was at the base of the Kastelli Hill. Later, Crete was under the Byzantine Empire, which was rebuilding the city several times during numerous attacks.

However, the way how it looks today was built by Venetians in the 14th century. They added new buildings and made the fortification walls higher and expanded the city outside the walls of the old town. Venetians were present there until Ottoman Empire arrived in Crete in 1645, and conquered the Venetian Harbour. They have demolished nine Arsenali buildings and the city walls, which were restored later when they settled in Crete.

Finally, after more than 200 years of Ottoman rule, Crete became an independent Greek State in 1913.

But, that wasn’t the end of trying to occupy this little town. In 1941, Germany bombed the city of Chania and partly destroyed it, but it was returned to the Greeks soon after.

Obviously, because of its position in the Mediterranean Sea, the Venetian Old Harbour of Chania was a very important trade center, but also that was the reason why it was attacked so many times by different countries and cultures.

Once, the biggest trade center in the Mediterranean Sea, which was conquered so many times, has become a touristic town, fulfilled with bars, cafes, restaurants, live music events, and shops, which can be seen on the western basin. On the eastern basin, there is a beautiful small marina with private boats.

In 1965, a part of Chania was declared as a historical monument, therefore all developments are strictly controlled, which means that the Venetian Harbour of Chania remains one of the most beautiful historical towns in the Mediterranean Sea. 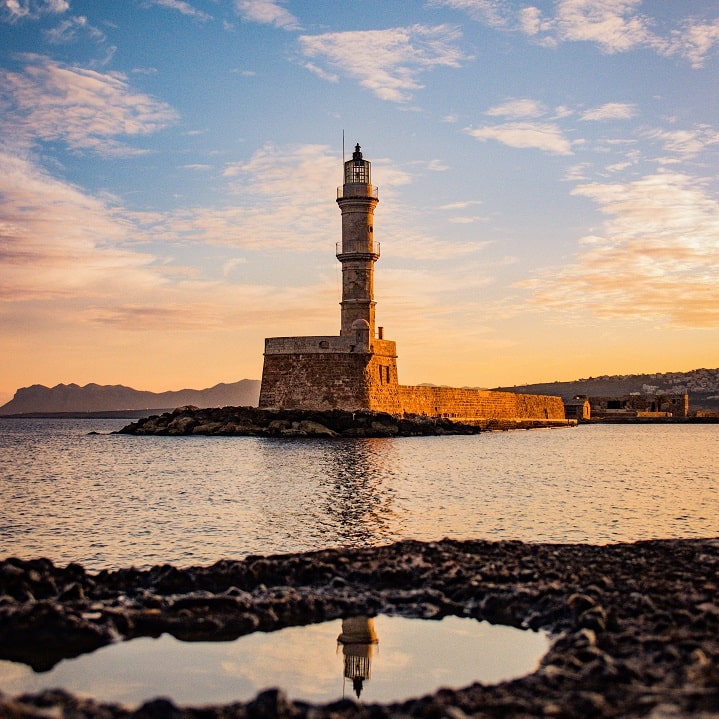 The Old Town of Chania

The old town is a labyrinth of small and tiny streets and alleys, which are colorful and very vibrant. Here you can find a lot of local cafes, restaurants, and small craft shops. The old Venetian town is live and spirited during the day, but during the night even more. It gives you a charming and romantic atmosphere because of its historical and mystical past that is visible through architecture.

Venetian fortress built in the 16th century, that overviews the whole harbor. It was made as a defensive fortification from possible attacks from the seaside. Today, the Firkas Fortress is a beautiful monument that is also a trademark of the city.

The Arsenali buildings were dry docks and ship reparation yards. There were twenty of them in total. Those buildings were wide and long so the ship could be pulled out of the water for reparation. The last built building was the Grand Arsenal which had thicker walls, which became later a Christian School and a hospital. It hosts important International and Greek events that are connected to architecture.

Things to do in the Venetian Harbour of Chania:

Explore the area – Since there were many different nationalities and cultures, you can see the mixture of eastern and western cultures. Pay a visit to the Monastery of Saint Salvatore, Visit the Folklore Museum of Chania and the Ancient Kydonia. Watch how traditional knives are made in one of the local shops. Visit the Mosque of the Janissaries, which has a beautiful harbor view. Also, check out the Nautical Museum that is situated in the Firkas Fortress and the replica of a Minoan ship that is at the Moro Docks. Or simply just walk through the old city and explore all the tiny streets and alleys, it will open up many interesting sites to you.

Enjoy local food – You can find a variety of different restaurants and food for everyone’s taste. Whether you want to enjoy traditional Greek food classics or you want to have fresh fish and seafood at restaurants lined up on the seaside.

Don’t miss the sunset – The best sunset view is definitely from the mole where the Lighthouse is. This is a thing in Chania, and the best souvenir you can take with you.

Even though the harbor normally isn’t a swimming area, there are many beautiful beaches starting at just 500 meters distance like Agioi Apostoloi, or the more famous one – Agia Marina.

As for accommodation, one of the best views of the Venetian Harbour of Chania can be seen from Villa Kastro Estate, where you can overlook the whole landscape of this historic harbor. It is only 15 minutes distance from the city, perfectly isolated for a peaceful vacation. The villa is surrounded by a 6,000 sqm property, with a private pool, at the top of the hill above Chania. The position of the property gives you a romantic view of the sunset above Chania.